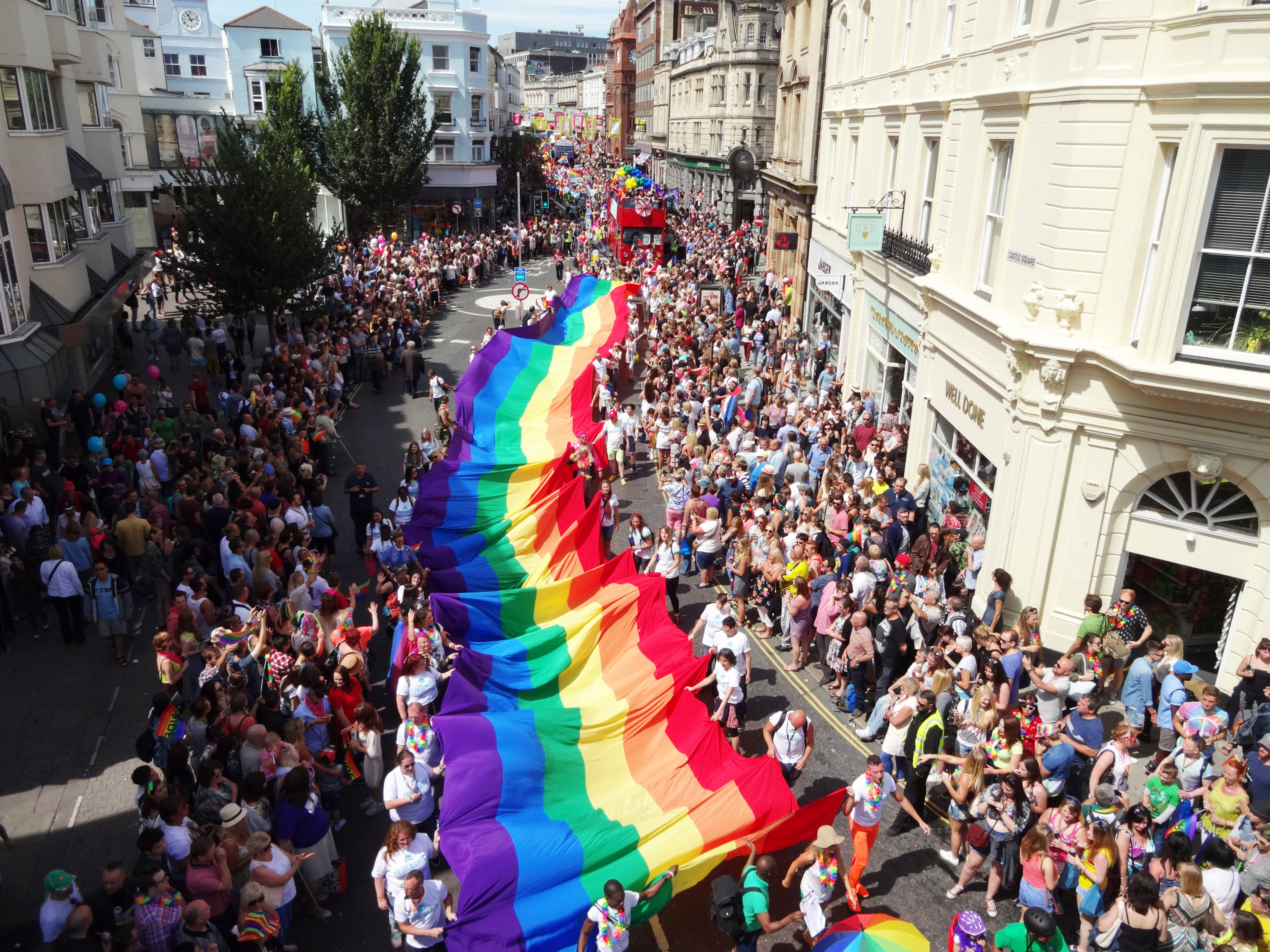 The organisers of Brighton Pride have broken all fundraising targets raising £100,000 for local organisations and good causes at Pride 2015.

Brighton Pride is an award-winning event and costs over £1.2 Million to stage.
This year Pride security costs alone topped £162,350 with additional costs of £24,000 for Police support. The security alert on the Pride parade alone added an extra £12,000 to overall security costs for the event.

Contributions from venues benefitting from the Pride Village Party (this equates to £250 for small venues and £500 for large venues) raised £7,750 towards Pride’s new Social Impact Fund.
Legends are once again the largest contributors to this year event having donated £5,000 to sponsor the Cabaret Tent on Preston Park and raising £1,542.27 from the annual Sunday Cabaret Fundraiser for the Rainbow Fund which included a person donation of £1,000 from Tony Chapman the owner of Legends.

Paul Kemp, Director of Brighton Pride CIC, said: “We would like to thank everyone who attended Pride 2015 and helped us raise this record amount to benefit local LGBT and HIV organisations providing effective front line services to the LGBT communities in Brighton and Hove.”
“While Pride’s sole aim is to provide benefit to the community there is a misconception that Pride makes huge profits from the Pride weekend.
“All ticket revenue raised goes directly to the operational and running costs of producing the Pride Festival, Pride Community Parade, Pride Village Party and Pride’s community fundraising campaigns.

“We are disappointed that more money has not be raised from collection tins towards the new Social Impact Fund and that so many shops and venues along the parade route and City declined to take collection tins, publicity posters and help with our fundraising, but we still managed to raise almost £10,000 towards this years fund which is a great start”

“We hope in future that more local businesses and organisations that benefit from the bumper weekend of business Pride brings to the city will help to contribute to our fundraising effort rather than just reaping the financial rewards.”

“We’d like to thank our volunteers, Pride sponsors, local businesses and our statutory partners that help us deliver Pride each year, however, Pride faces significant challenges over the next few years with anticipated extra costs for Cityclean, security and policing, big decisions will need to be made on the type of Pride we’d like to see in the future and how it’s funded.

A full list of Fundraising will be published in our annual review early of 2016.