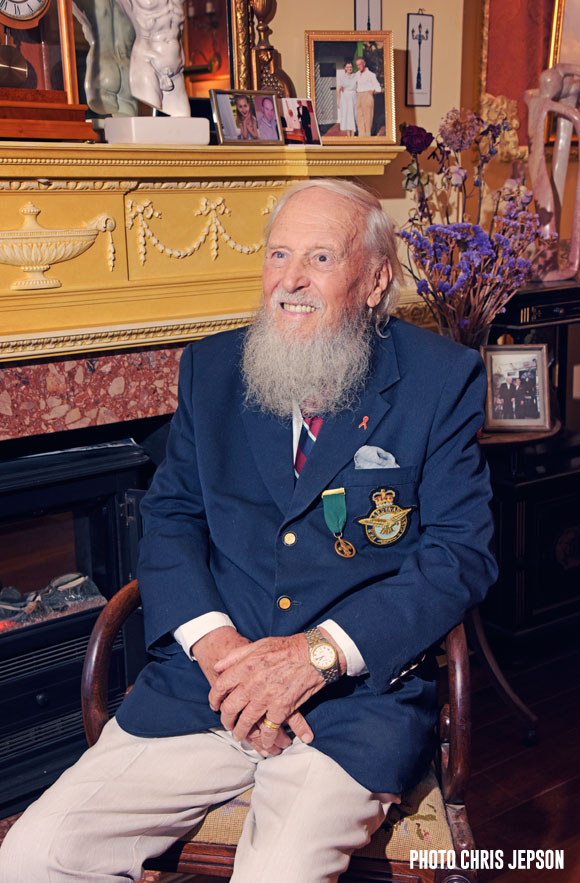 George Montague – The Oldest Gay In The Village

He’s the local hero who’s become a national treasure. He’s George Montague and he’s the oldest gay in the village.

How long have you called Brighton your home?
I first came to Brighton in 1950. 15 years ago we moved here permanently.

What has your 94 years taught you?
To be patient and say it as it is.

How was your first Pride?
I first went on the Brighton Pride Parade 10 years ago and I must admit I flunked it, there was nothing to suggest that I was gay, I just went on a scooter that was decorated like a boat and people said what are you doing on the parade? And I was ashamed.  And the next year I thought I’ve got to put that right and the Little Britain catchphrase “I’m the only gay in the village” gave me the idea, I’m the oldest gay in the village.

What did it feel like the day you signed your civil partnership certificate with your now husband Somchai in 2006?
Proud. I’m so lucky, Somchai found me and we’ve been together twenty-two years and as much in love with each other as it is possible to be. Somchai is my rock and he loves me and that is all that matters.

You’ve been an avid campaigner for Turing’s Law and not only for pardons for historic offence charges against gay men, but also apologies. What did it feel like to finally receive one this year?
I was absolutely over the moon; it’s the best letter I’ve ever received in my life. Thousands and thousands of people signed the petition. The letter from John Woodcock at the Home Office was such an explicit apology saying how very sorry and ashamed they are for the way they treated us, writing; “The legislation under which they were convicted and cautioned was discriminatory and homophobic. What happened to those men is a matter of the greatest regret…for this we are deeply sorry.”

What are your plans for this year’s Pride Community Parade?
All I can think of doing is to make a big sign…“thank you, thank you, thank you for the apology”. I think Brighton Pride is wonderful. I’ve been on several around the country but Brighton Pride outshines them all. It’s so wonderful seeing all the people, standing on the roofs of the bus stop and all the windows, every single window full of people shouting and cheering and wishing us well.

Having lived such a full and amazing life is there anything else you’d love to achieve as you head towards your 100th birthday?
I can’t think of anything more because that letter of apology was the culmination of everything I’ve worked on over the past 40 years and there is nothing that would outshine that. As I tell everyone all the time I am the happiest, luckiest old gay guy in the world. All I would say is something I’ve been saying for years. This old queen is looking forward to getting a birthday card from a real one. 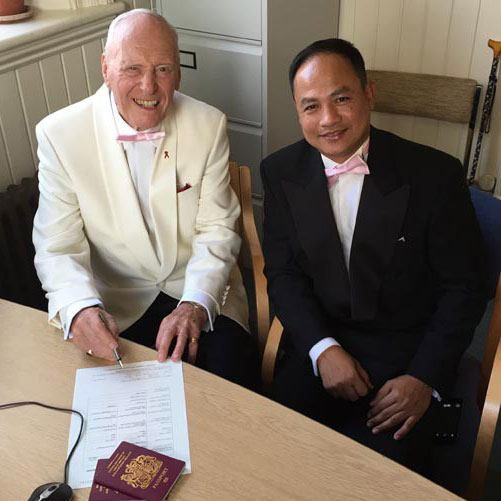