BACK FOR THE 2ND YEAR… The Disco Bunny is a self-confessed nomadic global explorer, a Brighton icon and a local legend, always identifiable from his outlandish sparkly clothes, spandex suits, glitter and floral bunches.  This, his everyday casual wear, accompanies his contagious smile and insatiable energy, for when he starts dancing on the streets he never stops. It is The Disco Bunny’s mission to use his love potion and passion to sprinkle and spread positive energy here, there and everywhere.

And it’s a mission he always achieves as he brings his dancing delights to Brighton and beyond. A mission he knew he was destined to fulfil. “One day I woke up and decided to return to my roots, live life as a nomad and wear my heart on my sleeve” says The Disco Bunny, “I chose to sleep in my car and do star jumps for a living to make people smile, to share my lust for life, to open my own eyes to the wonders of all people, and awaken all my senses”.

Fame soon followed when Pure Joy On The Streets was captured by Brighton resident, Ezda Beevers, a 90 second video of The Disco Bunny doing his thing accompanied by the delightful dancing moves of an old granny in a pink jacket and seemingly everyone else on the street that magic day. A viral sensation, Disco Bunny’s video moves soon notched up nearly one million views.

The Disco Bunny has since gone on to spread his positivity across the globe and disco bunnied in Australia, Spain, Holland, Wales and all over England as well as appearing in Kasabian’s You’re In Love With Psycho music video. And the celluloid adventures are set to continue this summer as The Disco Bunny begins making his own films about the wonderful people of Brighton and beyond.

As for his appearance at Brighton Pride’s Pleasure Gardens? The Disco Bunny is jumping and wiggling and strutting with glittering anticipation. “Brighton Pride is a special day, a global event, a day when the Brighton community comes together and celebrates each other in the true spirit of The Mission, Vision and Dream of The Disco Bunny” he says glitteringly, “I wouldn’t miss it for the world!” 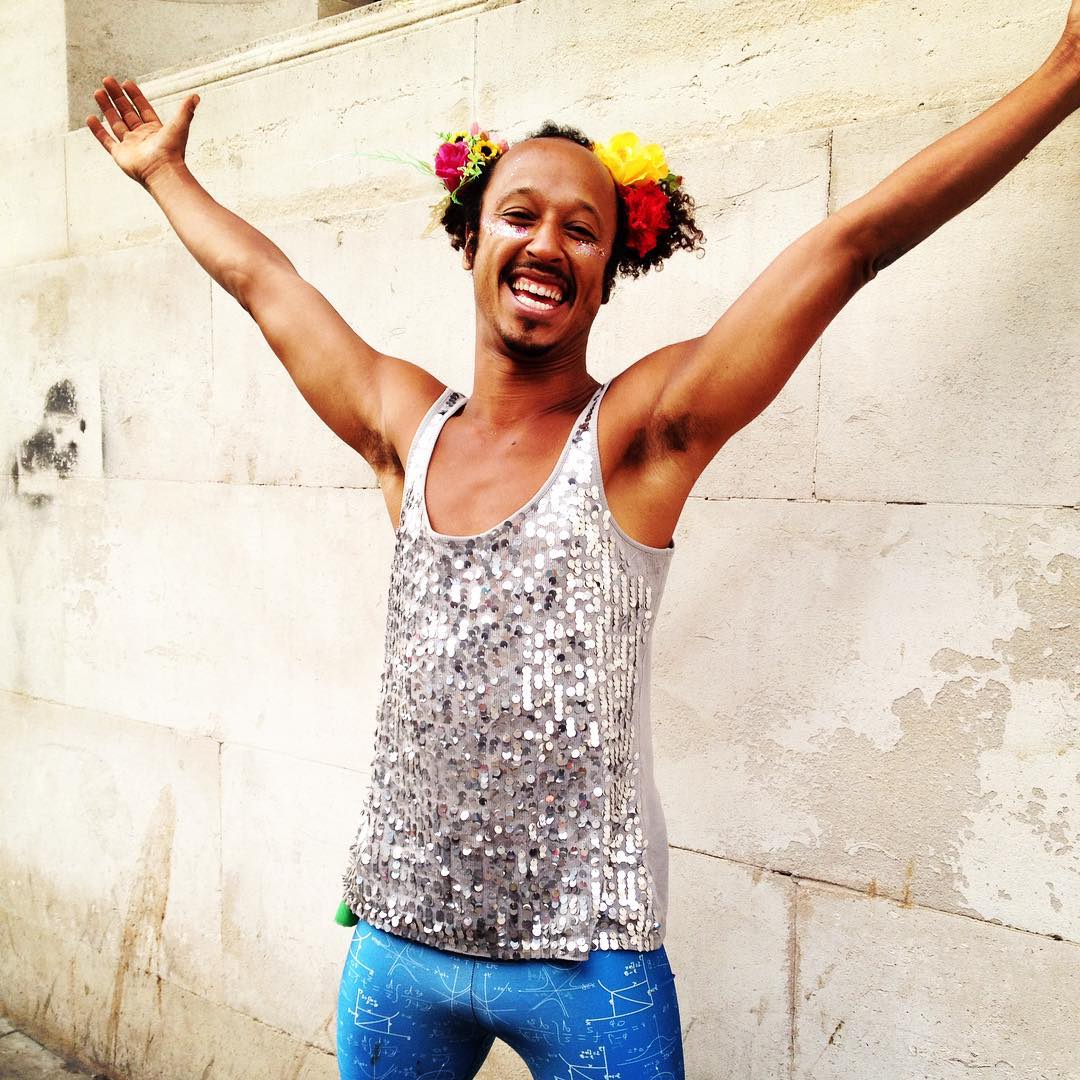