The Rainbow Fund does not engage in fundraising itself, but rather, acts as a central hub for general community fundraising. Money donated is distributed once a year, through an independent grants panel who assess grant applications from local LGBT+ and HIV groups and organisations who provide essential front line services to LGBT+ people in the city.

Chris thanked the Directors of Pride in Brighton and Hove, for the £1 a head they donate to the fund each year from every ticket sold for paid for events at Brighton Pride, which this year amounted to £107,508.74.

He also thanked other supporters who had made donations to the fund this year including, Brighton Bear Weekend, Legends, Bear-Patrol, Charles Street, Dr Brightons, Brighton Gin Company, and the many individuals who had made private donations.

Chris Gull said: “Once again we were able to distribute a record amount of money raised within our communities to a record number of projects which support people in our local LGBT+ and HIV communities.
“The Independent Grants Panel took a huge amount of trouble in assessing the applications, including face to face discussions with the applicants, and we’re impressed by the quality and range of the projects.
“Once again we were able to support groups and organisations providing services and support to our LGBT+ Elders, and practical support for those in the Trans and HIV communities, along with many other innovative projects. We are noticing that projects are focusing more and more on reducing social isolation.
The presentation evening is an opportunity to recognise those that raise funds for us, not the least Brighton Pride, and to acknowledge and celebrate those that we fund and the extraordinary difference that they make to so many people’s lives. All the more remarkable because most of that work is delivered by volunteers.”

Paul Kemp, Director of Brighton Pride said: “‘Pride with a Purpose’ remains the central focus of our fundraising activities at Brighton & Hove Pride. Seeing all these groups, from every corner of our wide and diverse communities benefit from our fundraising efforts, makes it all worth while.”

Two special fundraising awards were presented to Legends whose sponsorship and fundraising support for Brighton Pride amounted to £8,650.75 and Brighton Bear Weekend whose fundraising raised £11,855 for the Rainbow Fund during 2017.

Allsorts Youth Project received £5,000 towards continued support for Transformers (trans youth group 16-25) and One to One support.

The Clare Project received £5,000 towards One to One Counselling Project for trans people in conjunction with Clinic T.

The Rainbow Chorus received £7,150 for core funding, and continued support for the RC+ project.

Older and Out received £5,270 for continuing support for monthly lunch club for LGBT+ Elders.

Whitehawk LGBT+ Support Group received £1,000 as seed funding to assist through early stages of setting up and constituting a new LGBT+ group for East Brighton.

Trans Alliance received £5,000 for production of high quality video to be used in Trans Awareness Training.

Lunch Positive received £8,082 for core funding, and continuing support for weekly lunch club to provide information, social inclusion, and a healthy meal for people living with, or affected by, HIV.

MindOut received £14,989 for continued support for Out of the Blue suicide prevention peer support group, facilitation of an open, weekly, social support group and part funding for a new LGBTQ+ counselling service.

Brighton and Hove LGBT Switchboard received £11,725 for The Rainbow Café – a project to reduce isolation for LGBT+ people living with dementia, their families and carers.

LGBT Community Safety Forum received £29,147 towards cost of four public meetings a year to hold statutory authorities to account on behalf of our communities; a one-off purchase of two scooters to allow volunteers to respond more quickly to over 500 call outs per year for their 24/7 outreach service and continued support for the Next Step Project to help 50 LGBT+
people move on, into employment, training, and volunteering opportunities. 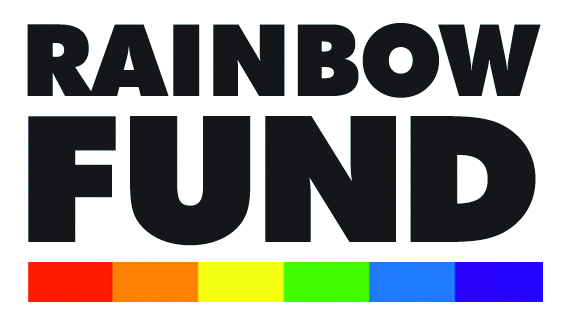