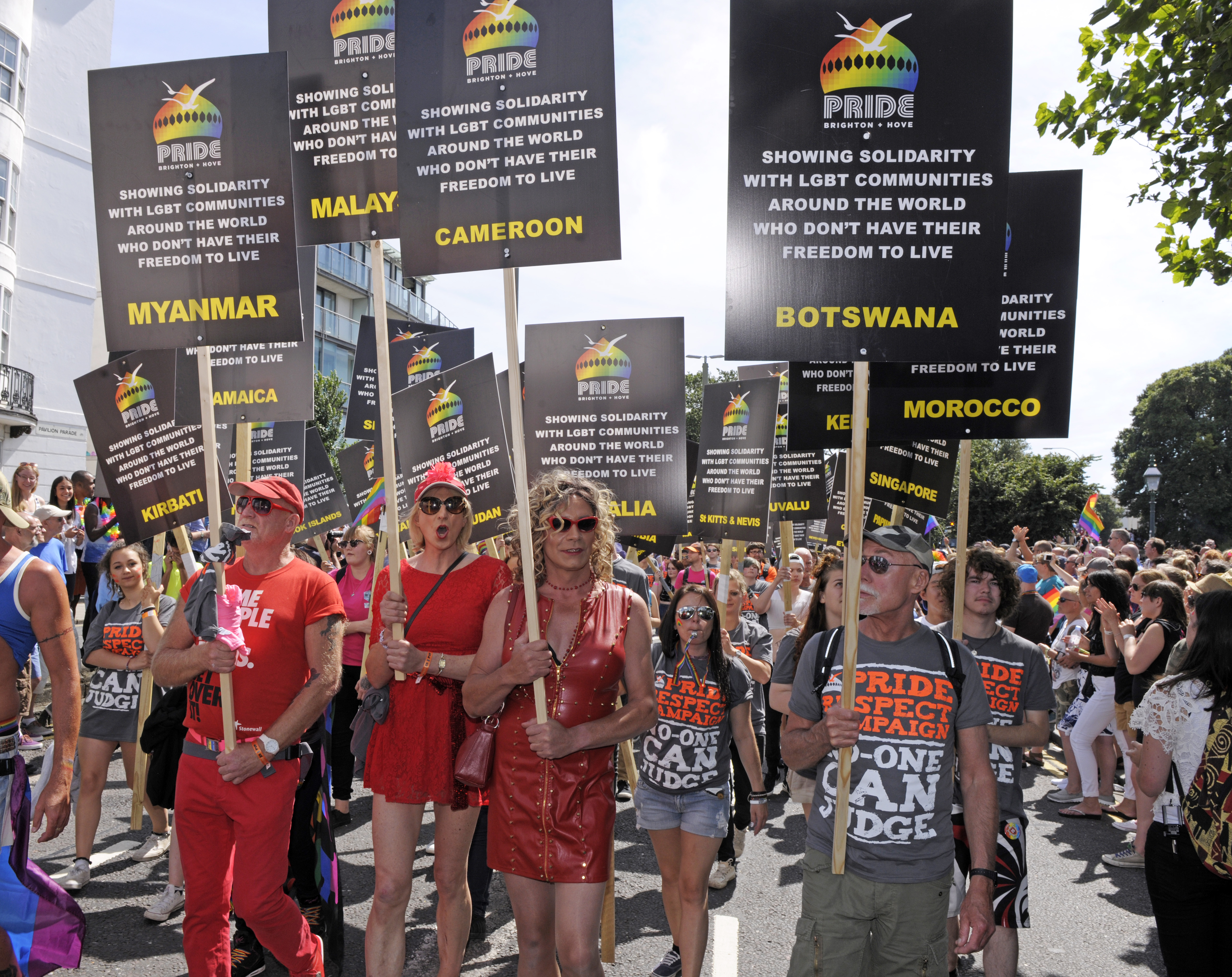 Pride puts campaigning back at its heart!

By ChrisJ25th April 2016No Comments

Brighton Pride is one of the  UK’s most jubilant and life-affirming celebrations of our LGBT+ community and supporters. But behind the glitter and the sparkle of our festivities lies a campaigning heart determined to shine a light on subjects often forgotten. The battles fought and won in the UK as we continue to march towards full equality and the fear, the inequalities and dangers so many LGBT+ people face in countries where homosexuality is criminalised.

Since 2014 Brighton Pride has produced and commissioned short online campaigning videos to highlight both our local LGBT+ history and the global situation for the LGBT+ community.

2014’s 78 Countries: Freedom To Live reflected the hate crimes so many LGBT+ people across the world were experiencing. Moscow had banned Pride marches for a 100 years whilst gangs hunted down gay men for fun, the Ugandan parliament had passed a anti-homosexuality Bill that carried the death penalty and in the US the West Boro Church picketed the funerals of gay victims of murder, or people who have died from complications related to AIDS. Inspired by the work of video maker James Brooks, 78 Countries: Freedom To Live saw Brighton Pride declare solidarity with LGBT people across the world.

Spirited Picture’s We Are Pride, directed by Flora Berkeley and produced by Richard King, examined what the Pride movement means to people today including LGBT+ rights advocates. Through the testimonies of representatives from countries where homosexuality and transgender identification is criminalised, We Are Pride also examined the importance of demonstrating solidarity with communities living in repressive conditions. We Are Pride reminded the viewer that the term LGBT+ and the community it represents has become an important part of the fabric of multicultural Britain, synonymous with a wider regard for human rights.

BrightonPride25, curated by Kate Wildblood and Alf Le Flohic, celebrated Brighton Pride’s unique history as we celebrated our 25th anniversary in 2015. From the first march in 1973 to the beginnings of Brighton Pride as we know it today in 1991, the video remembers the bravery of those early Pride campaigners, ensuring we never forget the discrimination of Section 28 or the hostility with which the first Pride events were met. From those first few Pink Picnickers and Queers On The Pier to 2015’s record-breaking fundraising Pride Festival, BrightonPride25 is a reminder of how hard earned the freedom, equality and Pride we enjoy all today is.

2016 will see Brighton Pride produce two further campaigning films reflecting the vital roles played by our local LGBT+ organisations in our city and the importance of the global Pride movement to LGBT+ communities across the world.

Paul Kemp said “Pride has evolved over the years with more communities coming together to celebrate every aspect of our city, regardless of sexuality, race, gender, age or ability. It’s important not to go back to theme’s that trivialise the important message behind the Pride Celebration and to highlight the lives and struggles of LGBT+ people across the world as we strive for equality for all”