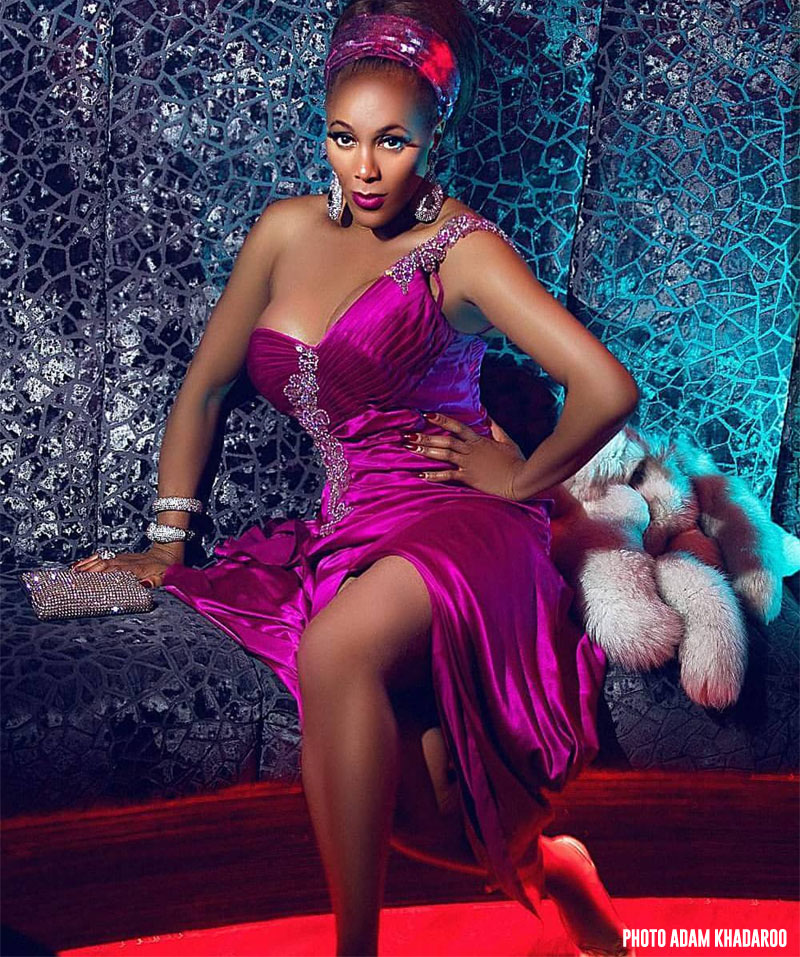 Mzz Kimberly is as dazzling as the sequinned frocks she wears. A star of screen and stage with a campaigning heart and a voice Shirley Bassey would trade diamonds for.

How did Mzz Kimberly come to be?
That’s a hard question. I can’t recall a time when there weren’t sequins and spotlights. Maybe because I’m old and can’t remember!

What are you up to at the moment?
I’m starring in Spectrum London web series, directed by the dashing Campbell X. I play Rachel, a trans woman who sells drugs, and is a religious fanatic who sleeps with her boss. It’s not type casting, honest! Also I’m starring in Summer In London, directed by the incredible Rikki Beadle Blair. I play Joan, a character that will have the first interracial trans lesbian kiss.

How have you found being part of Spectrum London?
I felt it was important for a trans woman to play a part that many could identify with, for the public to see a trans woman living a life that’s not much different from your average person.

How important is for you to speak out as a Person Of Colour (POC) Trans activist?
I will always fight for social justice for POC, women and the disabled. I do find of late that many feel uncomfortable addressing certain issues. Black Lives Matter is so important. I can’t thank the younger community for carrying on this fight. The kids today are more educated and more excepting of one another. And I love them for it.

Do things feel different today to when you first came out?
Equality is better but of course there is room for improvement. We have a beautiful LGBT+ community, however with some parts that need to be more understanding and accepting. Things are so different now because there is more education. When I started, being trans was something that many had a hard time admitting to themselves. I’m so thrilled that things have changed for the better.

Is the Pride Movement still relevant 48 years after Marsha P. Johnson and Sylvia Rivera, two transgender women of colour, led The Stonewall riots?
For me, these two will always be relevant and hold a place deep in my heart.  I do believe if it wasn’t for them we may not be having this conversation. They were the first women to stand up for what they  believed in. And to be two women of colour at that time, is OUTSTANDING. I find it truly disturbing that they have been cut out of our history on the silver screen when they were the backbone, not only for the trans community, but also for all parts of the LGBT+ community.

What are you plans for Brighton Pride?
My mum will be with me, it’s her first Pride. And I’m thrilled to be hosting the Pride main stage with my much older sister Chrissy Darling!