By ChrisJ12th March 2018No Comments

Brighton & Hove Pride is set to rocket on Saturday 4th August, with the addition of number 1 selling powerhouse singer songwriter Ella Eyre to the bill.

Having shot to fame when she provided unforgettable guest vocals on Rudimental’s classic ‘Waiting All Night’, 23-year-old Ella has since carved a firm place for herself in the charts and gained the recognition she deserves as a force to be reckoned with in British pop.

After being named a runner-up in the BBC’s Sound of 2014 poll, she burst into the public eye with a live performance at the Brit Awards which set tongues wagging and has since notched up over 1m Youtube views.

The following year, Eyre released Feline, her debut album packed with tracks marked by big baselines and the Day-Glo sound of summer. With bangs to match the pipes, and an unrivalled stage presence, Eyre is guaranteed to bring some main-stage madness with her on Saturday.

Expect to hear plenty of big, bright dance anthems with Eyre last appearing on Sigala’s 2017 tropical-tinged summer smash “Came Here for Love”. Big, sultry and smokey, Eyre’s voice is hard to miss while her energetic live shows have to be seen to be believed. 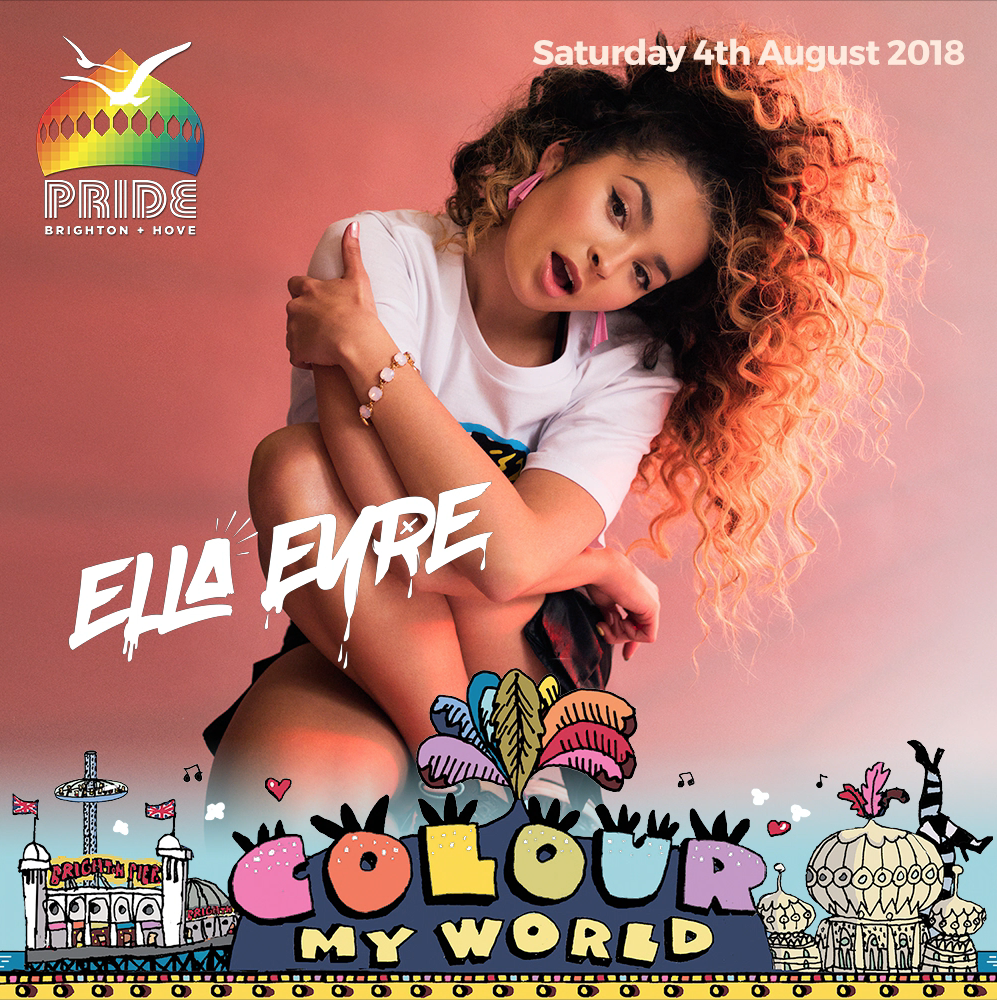