Legendary pop icon Britney Spears has been announced as the headline act for Brighton and Hove Pride on Saturday 4th August 2018! Brighton Pride will be the first place in Europe to see the global megastar on her 2018 tour performing her spectacular Las Vegas show ‘Britney – Piece of Me’

Britney says: “I’m so excited to be kicking off my UK tour this summer at Brighton Pride! I guarantee it’s going to be a night to remember and can’t wait to sing and dance with all of my LGBTQ fans.”

The Grammy Award-winning superstar will perform the exclusive show at Brighton and Hove Pride following her record-breaking, four-year headlining Las Vegas residency “Britney: Piece of Me” at The AXIS at Planet Hollywood Resort & Casino, where Britney received rave reviews from both critics and fans alike since opening in December 2013. Britney will be performing in the UK for the first time since the residency’s completion in her only UK pride appearance!

Multi-platinum, Grammy Award-winning pop icon Britney Spears is one of the most successful and celebrated entertainers in pop history with nearly 150 million records sold worldwide. In the U.S. alone, she has sold more than 70 million albums, singles and songs, according to Nielsen Music. Born in Mississippi and raised in Louisiana, Spears became a household name as a teenager when she released her first single “…Baby One More Time,” a Billboard Hot 100 No. 1 smash and international hit that broke sales records with more than 20 million copies sold worldwide and is currently 14x Platinum in the U.S. Her musical career boasts countless awards and accolades, including six Billboard Music Awards and Billboard’s Millennium Award, which recognizes outstanding career achievements and influence in the music industry as well as an American Music Award and the 2011 MTV Video Vanguard Award. So far, Spears has earned a total of six No.1-debuting albums on the Billboard 200 chart and 22 top 40 hit singles on the Billboard Hot 100 — four of which went to No. 1. Spears has been nominated for eight Grammy Awards and won for Best Dance Recording in 2005. Her cutting-edge pop concert Las Vegas residency, “Britney: Piece of Me,” at Planet Hollywood Resort & Casino has been voted “Best Show in Las Vegas” and “Best Bachelorette Show in Las Vegas.”  Spears also has been creating fragrances for over ten years, and currently has over 20 fragrances available in over 85 countries around the world. 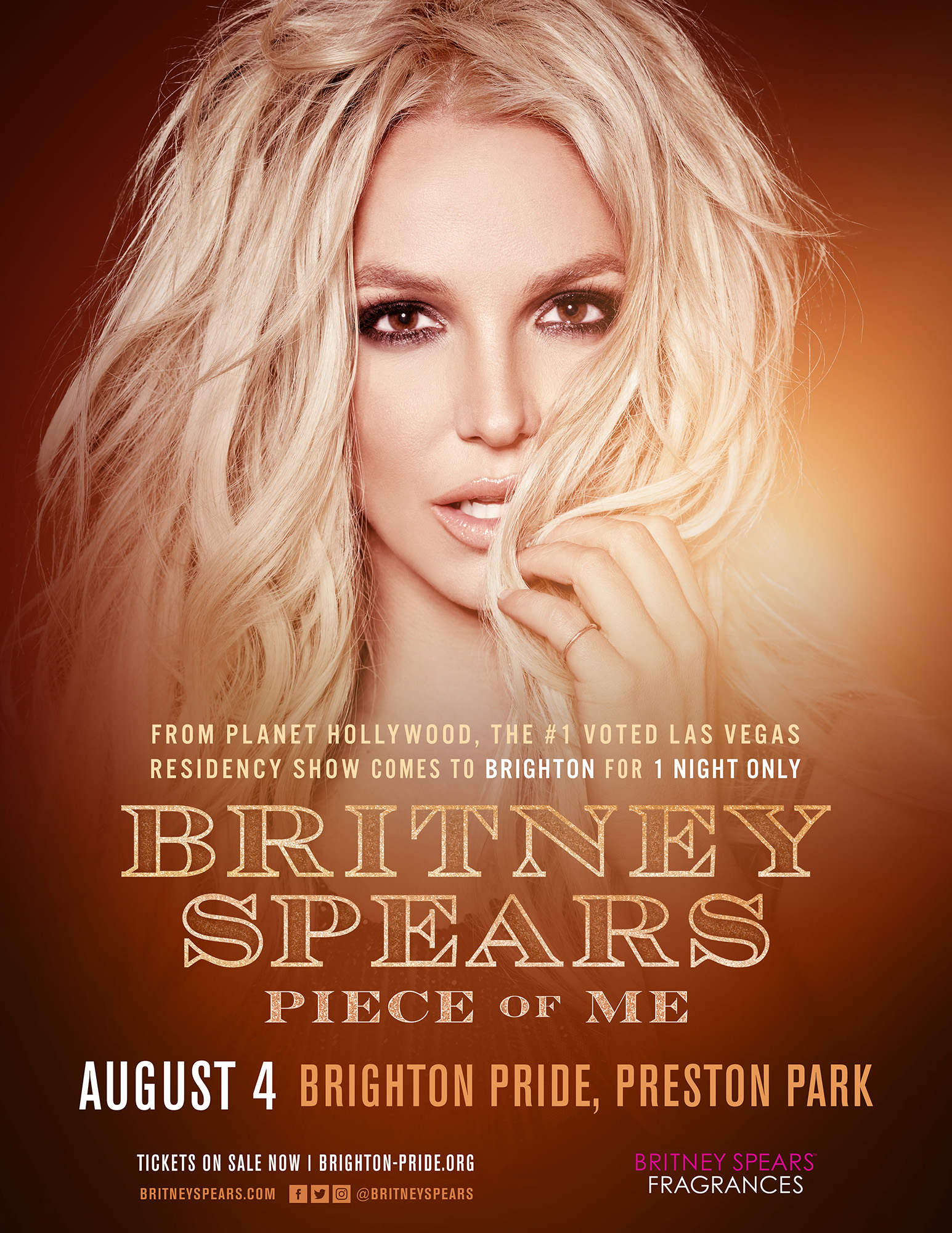