By ChrisJ8th December 2021No Comments

After 2 years of not being able to celebrate Pride in our city, we are excited to announce the theme for the (delayed) 30th anniversary Brighton & Hove Pride LGBTQ+ Community Parade 2022 will be ‘Love, Protest & Unity’ and applications are now open via Brighton-Pride.org/Pride-Parade

Our theme was created after positive feedback from community groups and to embrace our continued campaign aims.

Unity – as our hard fought for rights are being eroded around the world, a recognition that our differences make us stronger and commitment to campaign until all are treated equally

The Pride LGBTQ+ Community Parade is one of the undisputed highlights of the Brighton & Hove Pride weekend and is a glorious showcase of the city’s charities, community groups and small businesses as well as our invaluable emergency services, the NHS and statutory partners.

It is one of the biggest and brightest events in Brighton & Hove’s events calendar, with over 300,000 people thronging the city’s streets to participate in and watch the parade of community and campaign groups, and the all-singing, all-dancing carnival of colour as it wends its way from Hove Lawns to Preston Park for We Are Fabuloso, the official Brighton & Hove Pride charity fundraiser.

We are committed to ensuring that the Pride LGBTQ+ Community Parade retains its community focus and guarantee that at least 2/3 of entrants will be charities, community groups and local LGBTQ+ businesses.

In keeping with the parade standards we introduced in 2017, any businesses in the parade should be able to show evidence of having pro-LGBTQ+ policies and support the LGBTQ+ community year round. Any floats or banners must include messaging in support of LGBTQ+ human rights.

With community at its heart, LOVE · PROTEST · UNITY will bring the city together to remember, to celebrate and to campaign. 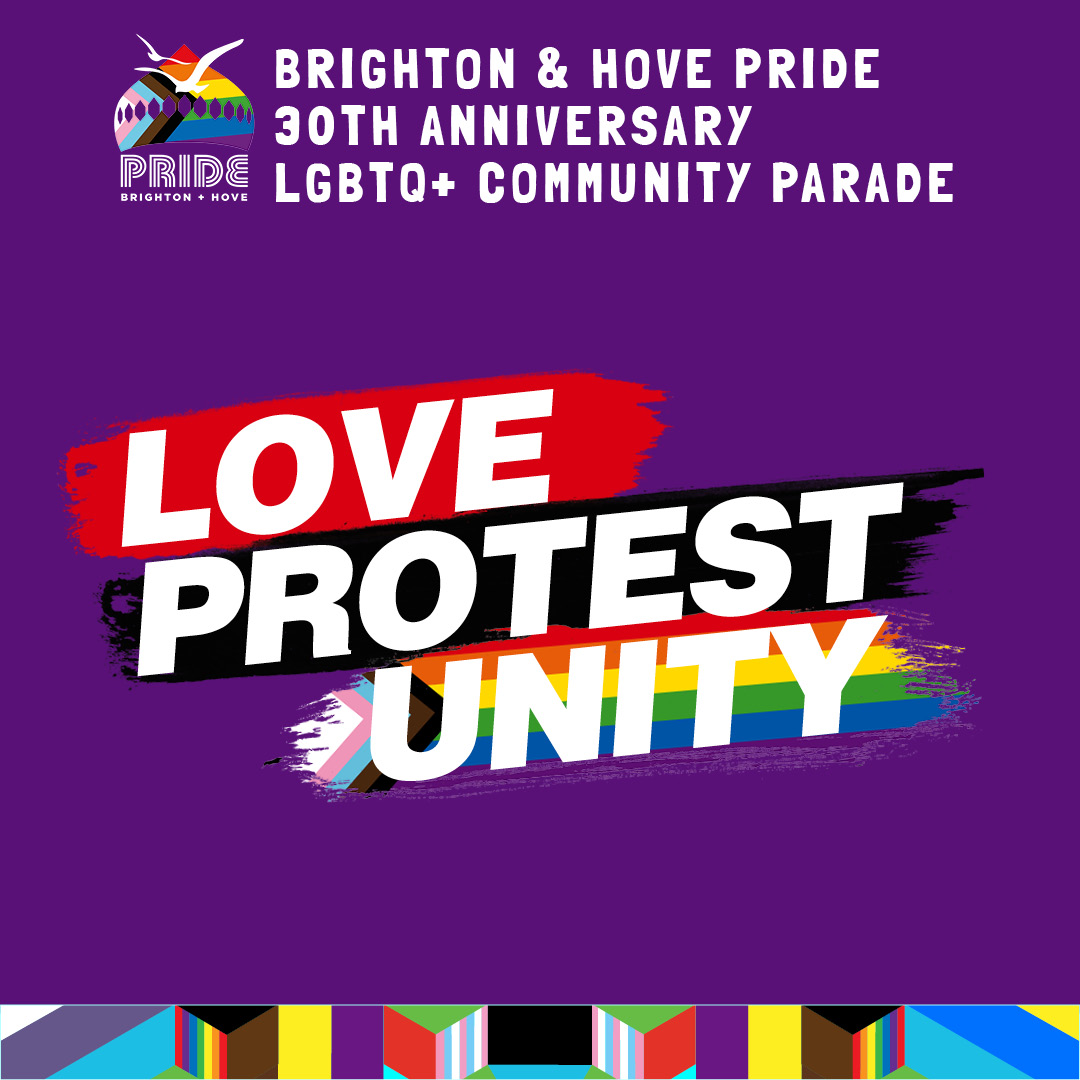