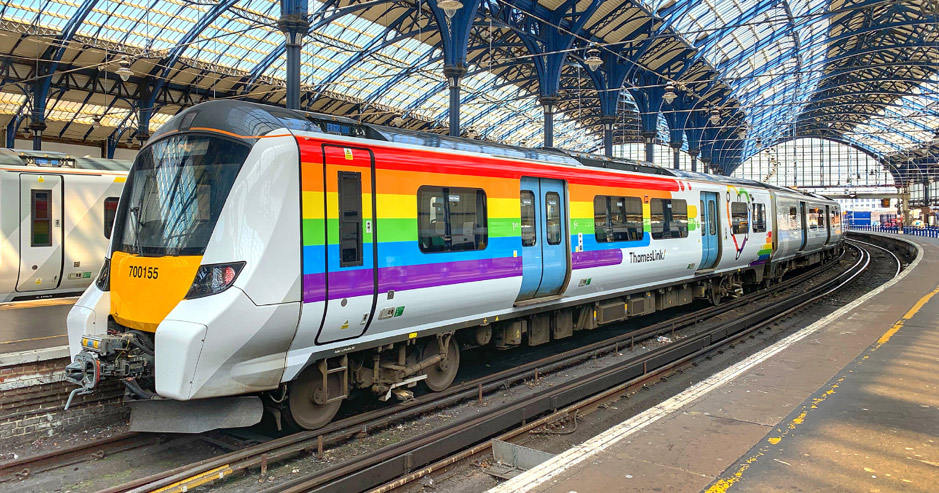 By ChrisJ18th July 2019No Comments

We are delighted to introduce ‘Trainbow’, the Govia Thameslink Railway special edition train emblazoned with a rainbow livery in honour of Brighton & Hove Pride.

The eye-catching makeover of the Thameslink Class 700 train was designed by a GTR apprentice and celebrates the rail company’s thriving LGBT+ community.

The 12-carriage train was given its new look in recent weeks at Hornsey depot in north London in a team effort featuring colleagues from branding, fleet and engineering and will be part of the Thameslink fleet operating an enhanced service for hundreds of thousands of revellers travelling to and from Pride on 2-4 August, the seaside city’s busiest weekend of the year.

The rainbow design will also be used on merchandise and GTR’s first-ever float in the Pride parade which will carry members of the company’s LGBT+ network and other colleagues. It is accompanied by GTR’s Pride motto: “Our people bring out our best colours”.

Maggie Luckhurst, 21, GTR’s Design and Content Apprentice and a member of its LGBT+ network, said: “This was a really special project to work on for me, and I’m grateful that I got to work alongside many other fantastic people in the company. I’ve always had a huge interest in the railways, so to be able to combine that with my creativity in this job has been a dream. I’ll be keeping an eye out for this train on my commute.”

Maggie, who joined the marketing team through GTR’s apprenticeship programme in April 2018, added: “Whether you’re a member of the LGBT+ community or not, I hope that the train brings joy to everyone who sees it and that it also raises awareness of LGBT+ issues.”

Stuart Meek, Train Services Director and chair of GTR’s LGBT+ network, said: “We are absolutely delighted to see the train out in passenger service. This symbol of support shows how everyone is welcome on our services and celebrates our LGBT+ colleagues.”

GTR’s LGBT+ network is made up of colleagues and advocates from departments across the organisation. It serves as a support and social network and making plans for Pride have topped the agenda at recent meetings.

GTR, which runs Southern, Thameslink and Gatwick Express services out of Brighton, is preparing for an enhanced rail service during Pride with services running late into the night on Saturday evening to help get visitors to the city home. Read more here.

There will be additional and longer services throughout the weekend following months of planning with event organisers, Sussex Police, Brighton & Hove City Council and other local partners.
An enhanced “rainbow” queuing system will channel passengers leaving the city into the appropriate queue for their train before they get to the station.

“The creative is a great visual reminder of the importance of Pride and LGBT+ and allies standing together to celebrate and defend the progress that has been made by the LGBT+ community. It also symbolises our positive working partnership with GTR in making sure travellers can get to and from the city over Pride weekend.” 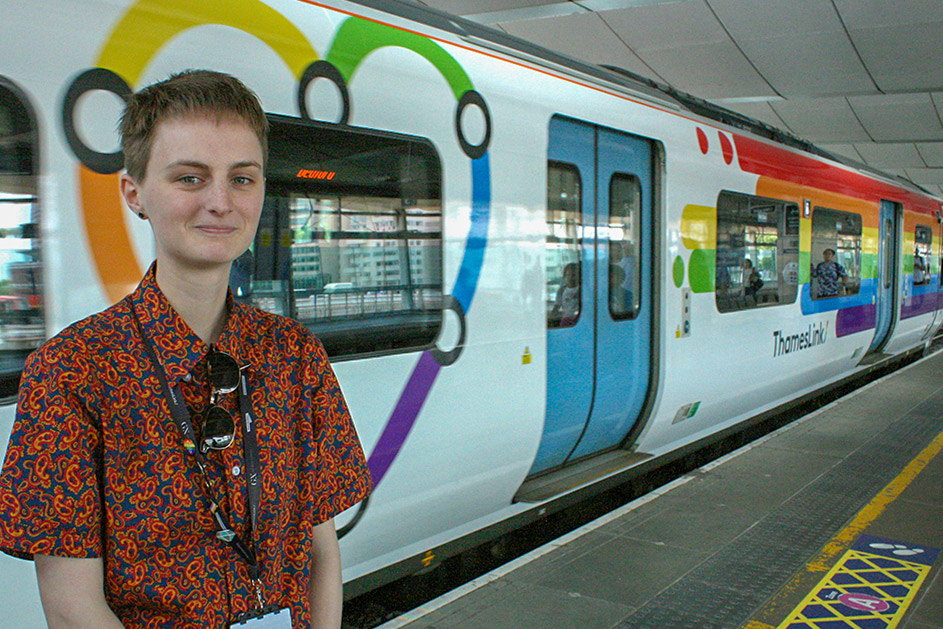