Locked in his bathroom during a tragic third date, Willy Hudson asks: are you a top or a bottom?
Bottom is about bums, Beyoncé and burnt fish fingers.
Join Willy for a queer coming-of-age remix, as he questions if ‘bottom’ in the bedroom means ‘bottom’ in life – and whether Beyoncé can help put his love on top.
With a cracking soundtrack, Willy’s funny, honest and open-hearted storytelling yanks the lid off the queer experience.
This is for anyone who hates making the first move.
Anyone who thinks they are unlovable.
Anyone that’s ever tried to be someone they’re not.

Willy Hudson is a performer and writer from Devon who likes to confront social hang-ups with autobiographic storytelling, comedy, fusion of theatrical form and cracking soundtracks. And Beyoncé. He runs workshops exploring comedy and writing for performance and he recently graduated from The Oxford School of Drama. WIlly’s an Associate Artist of the Exeter Phoenix and his recent acting credits include: Peter Pan (Regent’s Park Open Air Theatre), Islanders (Soho Theatre), Noble Nine (VAULTs Festival) as well as his hit one man show, Bottom. 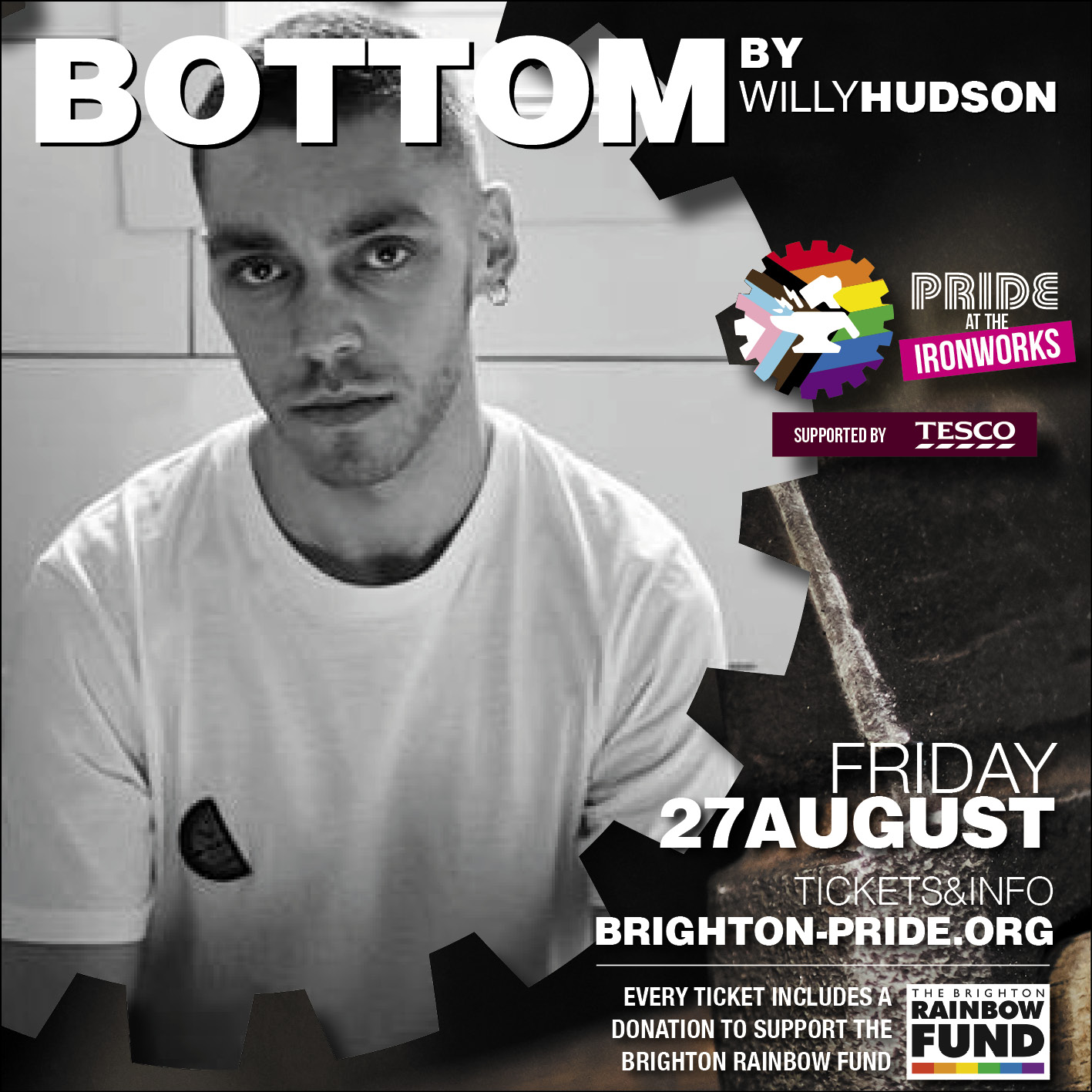